3 Easy Steps to Set Up Your Appointment

If you need to change your appointment, give us a call at least 24 hours before your scheduled time.

Do not use the appointment form in case of an emergency. Call or visit us right away.

If your pet has a medical emergency, please telephone us immediately at 914-279-3868 to schedule an appointment. Our dedicated team of veterinarians and technicians are available around the clock to provide expert care for your pet.

PLEASE CALL FOR AVAILABILITY. APPOINTMENTS ARE REQUIRED, EVEN IN THE CASE OF AN EMERGENCY. 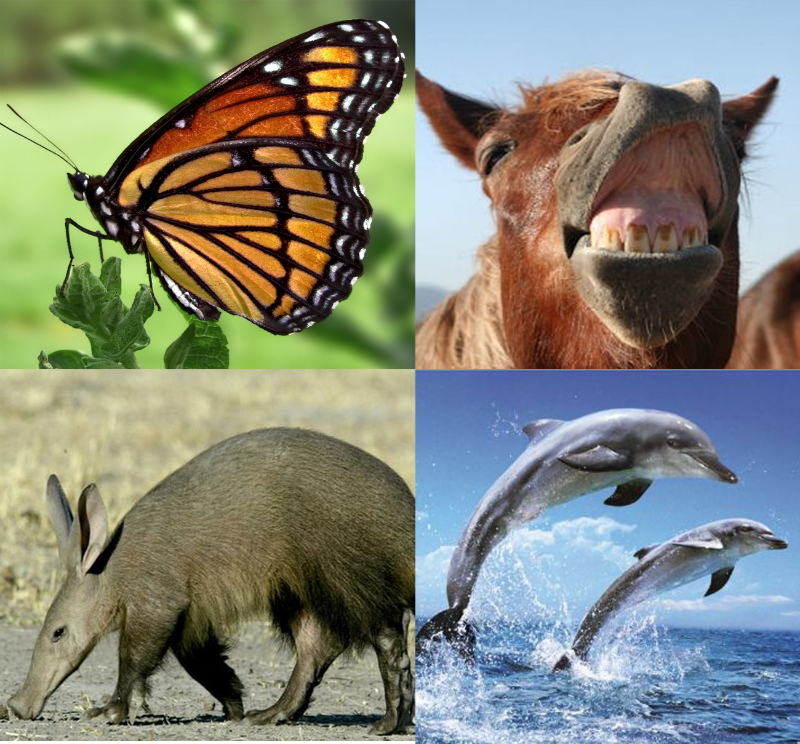 March celebrates so many animals Animal Health Center decided to compile some fun facts on some of these amazing creatures of the animal kingdom. From the vast oceans that the dolphins ride, to the open sky that the butterflies roam to the lush trees that owls call home…the knowledge is endless! Read more below to learn more about their unique characteristics and also which ones are great as house pets (probably not the aardvark).

Dolphins are not only super cute, but super smart too! Like bats, they use echolocation- a process of bouncing high-pitched sounds off objects to hear their echoes- to navigate and hunt. They are team oriented, often working in groups to catch their prey, and efficient as they are prone to riding alongside ships to conserve energy. Another cool fact is that only half of their brain goes to sleep while sleeping, the other half has to remain awake to prevent drowning.   Dolphins have a life expectancy of 40-80 years and have weighed as small as 90 lbs. and as large as 19,000 lbs.

Guinea pigs make great house pets, especially for children. They are uber social and love being held and they even purr when they are happy. Their teeth are constantly growing which is why they gnaw on their food throughout the day and night. They are agile, fast, and can turn corners without slowing down- so make sure you “guinea proof” your house before letting them roam free. As newborns, they are born with a full set of fur, claws, and eyes, and can even eat solid foods. Guinea pigs have good field vision but cannot see straight in front of them- they rely on their whiskers to sense food.

Owls, or stealth predators of the night as I like to call them, are genetically designed to defy natural laws. Their asymmetrical ears give them superior hearing ability and their flattened faces funnel sound, magnifying it up to ten times. Their soft wings make them virtually soundproof allowing them to hover silently over their prey without detection. The most fascinating is their combined advanced senses which give them 100 % success rate of capturing their prey from the moment they leave their perch. It is also worth noting that their heads rotate 270 degrees, they have three eyelids and while a baby owl is called an owlet, a group of owls is called a parliament or study. Unfortunately it is illegal for a private individual to own an owl in the United States. That’s probably why Harry Potter keeps his owl at Hogwarts!

Aardvarks are nocturnal animals that resemble a cross between a kangaroo, a rabbit, and a pig. They use their powerful spade-like paws to dig up their prey (mainly insects) and their powerful sticky tongue to trap their prey. They have thick skin to prevent from being bitten, extremely sensitive hearing to warn them of attackers, and they are strong and agile just like kangaroos.

Horses make amazing pets- as long as you don’t keep them in your home! They have a long lifespan, are generally well behaved (not so much with the stallions though), and they aren’t that difficult to feed, especially since they eat a lot of grass. Bonus is that they often make really funny faces while trying to direct certain scents down their nasal passage (flehman). The horse industry is one of the largest claiming an estimated economic effect of $39 billion annually and providing more than 400,000 full-time jobs.

While owning a pig is technically legal (pending the breed), you might want to consider some pros and cons before going out and buying your own little “Porky”. Pigs are very socially affectionate and obsessed with food, making them easy to train. They are innately clean (not rolling around in their own filth as one might think), extremely curious, and adorably cute! However, their advanced intelligence, strong will, and susceptibility to stress make can make them aggressive, unrelentingly messy, and manipulative. Do your homework before committing to taking a little piggy home.

Butterflies are warm climate insects and can only fly if their body temperature is above 86 degrees. They also have unique receptors on their feet, which help them to locate food and good conditions for laying eggs. Sadly, once a female butterfly lays her egg, she dies shortly thereafter and the baby begins a life of it’s own. Butterflies only feed on liquid through their “feeding tube” which they mold together once they emerge from their pupal casing. Usually butterflies only live 2-4 weeks and their age is given away by the transparency of their wings.  While butterfly breeding is attractive to many, just make sure you create a large enough space for them to eat, grow, and fly.

While Pandas are slowly becoming extinct due to poaching and loss of livable habitat, their reproductive ability might be the most damaging to their survival.   Pandas only ovulate once a year and therefore are only fertile 2-3 days out of the year. Giant pandas spend 14-16 hours a day eating bamboo and require at least 4 square miles of living space in order to survive. Thank goodness for their special throat lining which prevents them from getting bamboo splinters. But beware of the repercussions of this non-stop eating, they also produce up to 62 pounds of excrete per day.

If you are thinking about owning a unique house pet or want to discuss what type of pet would fit your needs with one of our trained professionals, please contact Animal Health Center at Veterinary Village at (914) 941-4904 to set up a consultation.